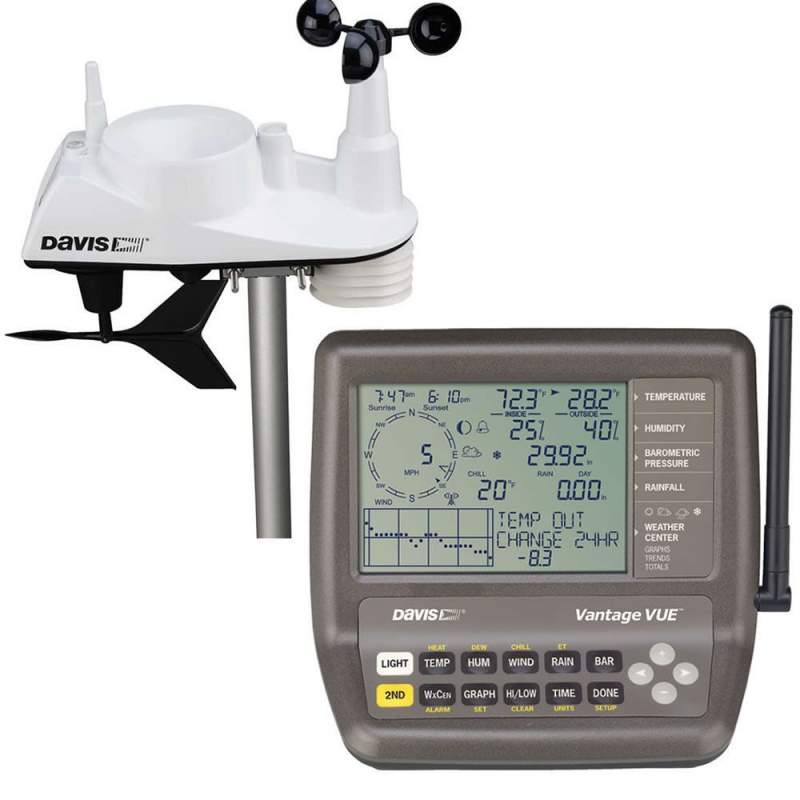 The meteorological station of Vantage Vue 6250EU DAVIS Instruments consists of two components: the streamline block of sensors (ISS) and the console which accepts meteodata. The block datchikovvantage collects by Vue meteodata, such as ambient temperature, quantity and intensity of rainfall, speed and the direction of wind, and transfers them on a radio channel to the console for display.

For simplification of a review of the displayed information the meteorological station of DAVIS 6250EU Vantage Vue has the legible screen (7,6 cm x 8,5 cm) and the keyboard panel with illumination. The console in itself is the device for collecting meteodata, collecting data on temperature, humidity and barometric pressure indoors.

Besides the main console which is included in the package of a meteorological station of DAVIS 6250EU Vantage Vue it is possible to buy additional consoles for installation outside or indoors. 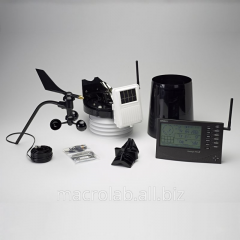 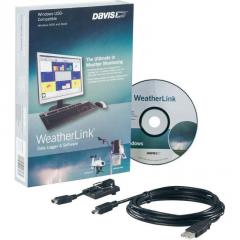 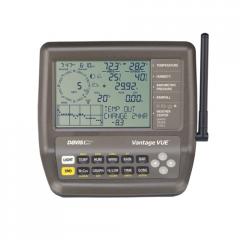 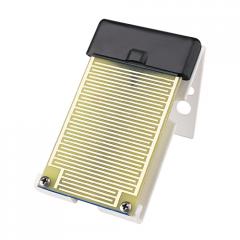 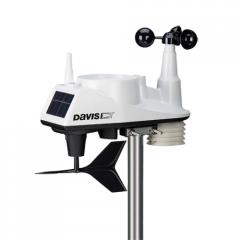 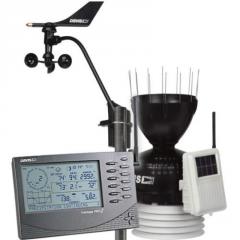 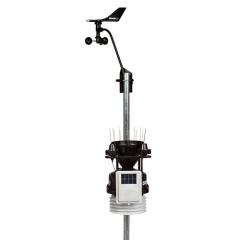 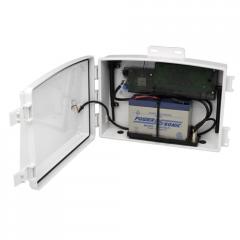 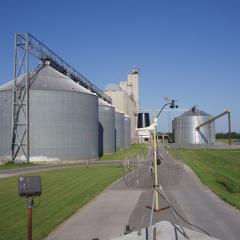